Another beautiful day on the beach with good winds and good temperatures.  I pulled out a kite bag containing kites that hadn’t been flown in quite a while.  For a couple of them, it had been years.  It was a show of square-head dragon kites. 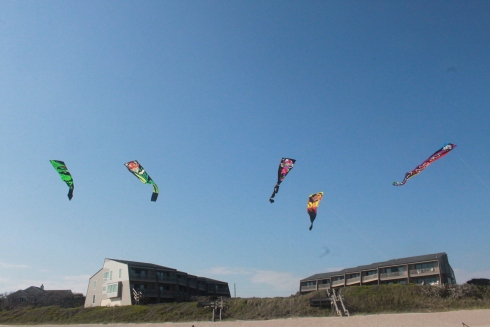 I find this style of dragon makes a great show in the sky and, at the same time, is very easy to handle.  The head is framed with two spars crossed and it has a three-point bridle.  Essentially it’s a della-porta kite with a large attached tail which has a slight taper down its length.  Each kite is about twenty-five feet long.  It takes a while to wind everything up at the end of the day but it’s worth it.

Two of these kites, the Green Dragon and the Dog, were made by Skydog Kites.  The Dog is the logo of Skydog Kites and is still in production.  In place of the green dragon, Skydog Kites now makes a pirate motif on a square-head dragon kite. 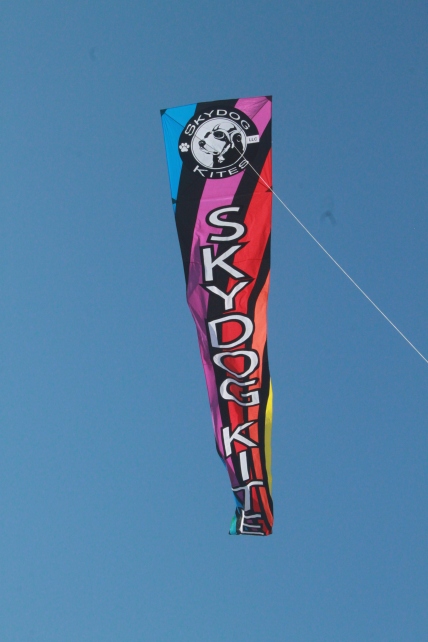 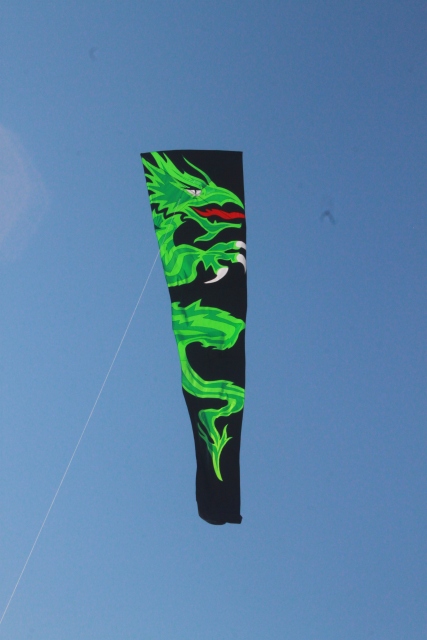 The other three dragon kites were made by Go Fly A Kite.  A company that is no longer in existence.  I guess that makes these kites collector items.  After some research, I found the lion and tiger motifs were also used on smaller round-head dragon kites.  They were advertised as the Wildcat Dragon kites.  The Joker kite reminds me of my father.  He liked to play cards with friends and, every now and then, would vacation at a casino. 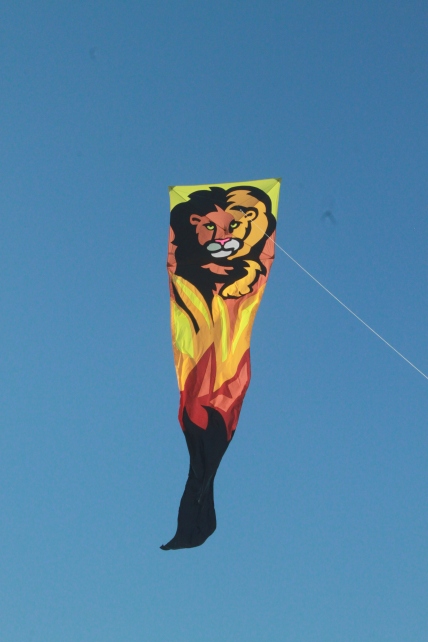 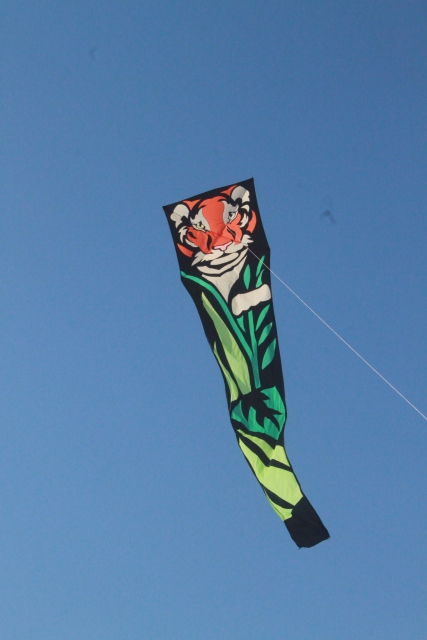 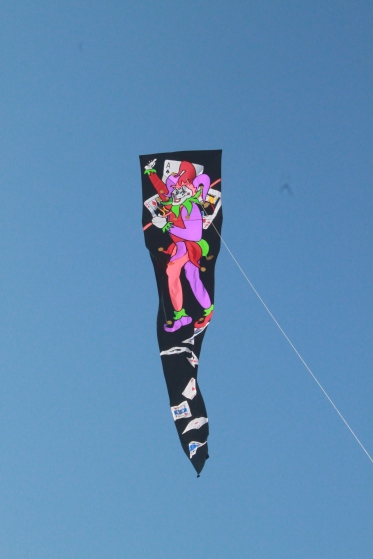 It was a wonderful, relaxing afternoon; sitting in the sun, watching our kites dance in the wind.  The walkers on the beach seemed to like watching the kites, too.  Quite often, a cell phone would come out for a picture or two.  As the sun went down, the temperature cooled a little and it was time to pack everything away for the day.

Luckily, the Sunday community kite fly at Fort Macon State Park has started up again.  So there was an excuse for flying more than once.  This week the winds went up a notch and made flying somewhat of a challenge.  I only put up one kite, the Illustion Delta kite by Skydog Kites.  It had a hard time with the rising winds and after a couple of crashes, I figured it was time to pack it away and return home. 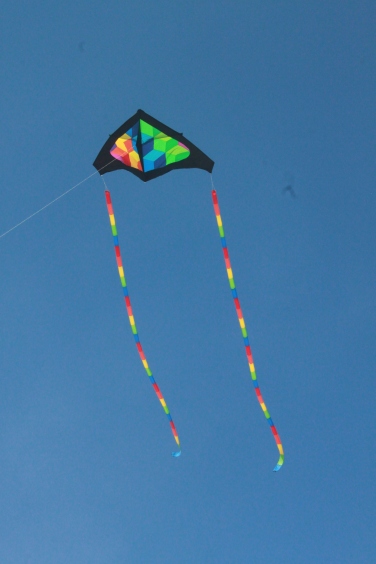 Now to figure out the theme for our next trek to the beach.