March 15 was the last day that we could drive on the beach.  So we made a point of going and flying a kite or two a couple of times during the before the end.  The winds had changed and come from the north.  Which meant they passed over and between the houses before getting to the beach.  Not the best wind for kite flying.  There was a weather front moving through too so it was partly cloudy to cloudy.  Not very pretty but still beach days.

Only flew a couple of kites, the Illustion Delta by Skydog and the Prism Flip kite. 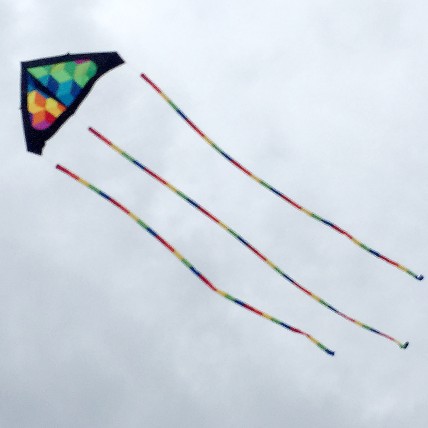 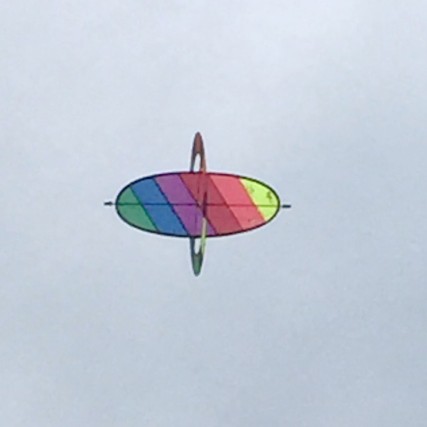 Also flew a small, very old rokkaku that I received as a bag raffle item.  I was really surprised it flew at all.  The sail is printed on heavy ripstop-like material.  After flying it that one afternoon, I see some modifications that can be made so it will fly better and more stable.  I am adding it to my “to do” list.  Though at a low priority. 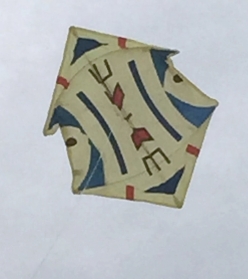 Hate to admit but I forgot to put my camera in the truck and had to take photos with my phone.  I really dislike using my phone for photos and, as you can see, if the kite is moving around high in the sky the quality goes down.  Sorry.

The following day was sunny though the winds were no better.  I did get the Illustion delta kite up for a while.  And got a better photo of it. 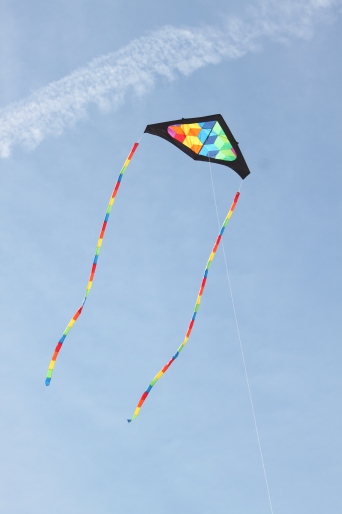 Because driving on the beach is no longer permitted, our flying location for the community kite fly will change next week.  It’s back to carrying our kite bags from the parking lot to the point at Fort Macon State Park.  Believe me, the number of kites I take along will be reduced and more selective.