And to continue on with my further adventures.  We missed the club fly last weekend because of a very important appointment.  Our daughter bought us Green Bay Packer game tickets for our anniversary.  Even better, it was the Green Bay Packers vs. the Carolina Panthers in Charlotte, NC.  OMG!  She and her husband drove from Virginia to join us and watch the game together.  What a wonderful day.  It definitely beat out a day flying kites.  I know it sounds awful but nothing is better than my Green Bay Packers.  Yes, I am a football fanatic!  And they won.  Heaven!!!!!  And I only have about 400 photographs to sort through.  LOL.  Now back to kites.

The day of the game was the last day we had without rain.  A couple of months ago, we were practically praying for rain.  Now we can’t wait for it to stop.  We got another inch in just the past twenty-four hours.  And it seems to just hang along the coast.  So yesterday was the regular weekly kite club fly.  It rained.  We knew we wouldn’t be flying but we drove out to the flying field anyway.  We sat in the car, eating our biscuit breakfast and watched it rain.  Then we went to the kite shop, visited for a while and watched it rain.  At least there was football to watch on TV. 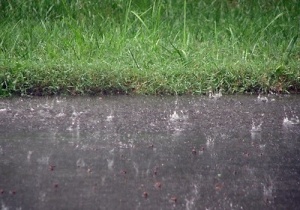 What made the lack of flying weather even more frustrating is that I have a new kite and I can’t even fly it.  My anniversary present was a custom art kite by Ray Wong.  A beautiful Rokkaku, gray with red, pink, and maroon appliqué, called “Windows”.  When I finally get a chance to fly it, I will take a photo and post it.  Until then…

It had been about three weeks since we had been to our own local flying beach.  The weeks we had missed were either rainy or windless so we didn’t miss much.  That is to say we didn’t miss much flying.  We did miss the time spent with kite friends.  So it was with some anticipation that we went to the weekly club fly on Sunday morning.  What we found were a couple of fliers, a couple of thousand mosquitos and no wind.  I’m beginning to feel cursed.  We never left the parking lot.  It just wasn’t worth it.  So instead of flying, we hung out at the kite shop.

We’re helping get things ready for the Carolina Kite Festival.  It’s the local festival sponsored by Kites Unlimited, Atlantic Beach, NC – our local kite shop.  It was to be held at the Sheraton Atlantic Beach Resort on the beach.  However, there has been a drastic change of plans.  The Sheraton suffered major damage due to Hurricane Irene and has had to close their doors and cancel all events until January, 2012.  Major headache.  After a lot of phone calling, the festival has been relocated to the Atlantic Beach Public Beach Access, locally known as “The Circle”.  I’ve been trying to help with Internet changes and making new brochures and stickers for old brochures.  I’m not a computer guru but I can try to take some little things off the over-full plates of the kite shop staff.  It’s been interesting to say the least.  The hardest part will be getting the word out about the change.

We finally got to fly for about an hour each on the following Tuesday and Thursday evenings.  The first evening I flew the Dunston-Taylor box delta for the first time on our home field.  It flew like a champ.  That kite is such a great flier I’m planning on making another with a much more outstanding sail pattern.  Not sure what it will be yet but I’m sure I’ll think of something.  John put up his early anniversary present, a Captain America Rokkaku by Ray Wong.  It is a beautiful handmade kite that he has been admiring for some time.  The wind was light but it just hung in the sky.  While the two single-line kites were up, I flew my latest dual-line acquisition, a Nebula by Ron Phipps.  It’s a wonderful precision kite that is smooth and easy. I love the way it handles.  I may actually learn to make push turns with it.  Something I haven’t been able to do well with any of my other dual-line stunt kites.  The second evening I practised with the Vamp Devil on short fifty foot lines.  I was having fun with a rising wind when a family walked by with a little girl maybe three years old.  She loved the Devil so I put on a show just for her.  Lots of low-level flying that she could see easily.  She laughed and giggled and gave the kite commands which I tried to follow.  In fact, she was having so much fun she didn’t want to leave.  And adult stayed behind with her while the rest of the family continued their walk.  I didn’t get much routine practising done but I sure had a good time.

We missed the weekly club fly again.  But we did have a legitimate reason.

Life has been hectic since the last post.  And it bothers me that I have left this so long with no updates.  I will try to do better in the future.  We haven’t been flying much for one reason or another.  The first reason is Hurricane Irene.  She may have only been a category 1 storm when she passed over our heads but the rains and winds were enough to disrupt our lives significantly.  We were lucky in that we had no damage to our property.  Although we did have to have three trees taken done to avoid later possible damage.  Needless to say, the regular weekly kite fly was canceled.

Right after the clean-up was completed at both houses, it was time to pack up the car and leave for the Mile High Kite Fly at Beech Mountain, NC.  This festival was so named because Beech Mountain is 5,506 feet above sea level, the highest town in the state.  Saturday is set-up day and a kite builders competition.  I decided to take the plunge and enter some of the kites I had built.  Hopefully, the judges would be kind and I would pick up some pointers on kite building and competing.  I spent a couple of hours Saturday morning attending to details on my kites and getting very nervous about the competition.  The judging is done in two stages: in the air ( how will it flies and looks in the sky) and on the ground (how well it is made).  I entered four kites in three categories.  In the flat & bowed kites, I entered the Penelope Cat della porta and the Green Bay hata. (Side note on the hata – I finished this kite and flew it for the first time on Superbowl Sunday.  Need I mention who won Superbowl LXV?  Go Packers!!)  In the soft & flexible, I entered the Eagle painless parafoil.  In the box & cellular, I entered the Dunston-Taylor box delta that I had finished the night before leaving for the festival.

The winds on Saturday were light and variable and the skies were cloudy.  Not the best day to show off one’s handiwork.  But we do the best we can with what we’ve got.  There were a total of none kites entered in the competition.  They all flew to one degree or another.  I had the hardest time getting the parafoil to fly but once it got up, it flew steady like a champ.  There wasn’t quite enough wind for the flat & bowed so it took some work to keep them in the air high enough for the judges to see what they looked like.  But we managed.  The Dunston-Taylor box is a light wind kite so there was no problem there.  The judges’ scores were tallied but the results weren’t going to be announced until the next day.  More nervous waiting.  I did get some great comments from the judges and a lot of good advice and suggestions.  Lots of encouragement to keep on building.  And have to admit, it was fun and I look forward to doing it again.

Sunday was the festival day.  The day full of flying and kid’s kite-making and kid’s flying up and down the mountainside.  But there was no wind.  Yes, even less than the day before.  But that didn’t seemed to stop the kids.  They ran up and down and up and down trying to get their kites in the air.  Some brought their own kites to fly and some bought kites from a vendor on site.  The clouds became thicker and darker and around one o’clock the skies opened and the rain came down. We were ready to wait it out until there was thunder and lightning. Then the tents came down and the banners were put away and the festival was officially over. It all ended too soon. There was a fliers cook-out later that evening despite the rain. Thank goodness for picnic shelters. At the cook-out, the winners of the kite builders were announced.

I was truly surprised when I found out I won first place in soft & flexible with my Eagle parafoil. I truly thought my competitor’s kite was better but the judges thought otherwise. Hurray for me!!!!! Then I won a second place in flat & bowed with the Penelope Cat della porta. A second Hurray!!! Two awards in my first competition. Pretty good. I’ve started planning for next year.